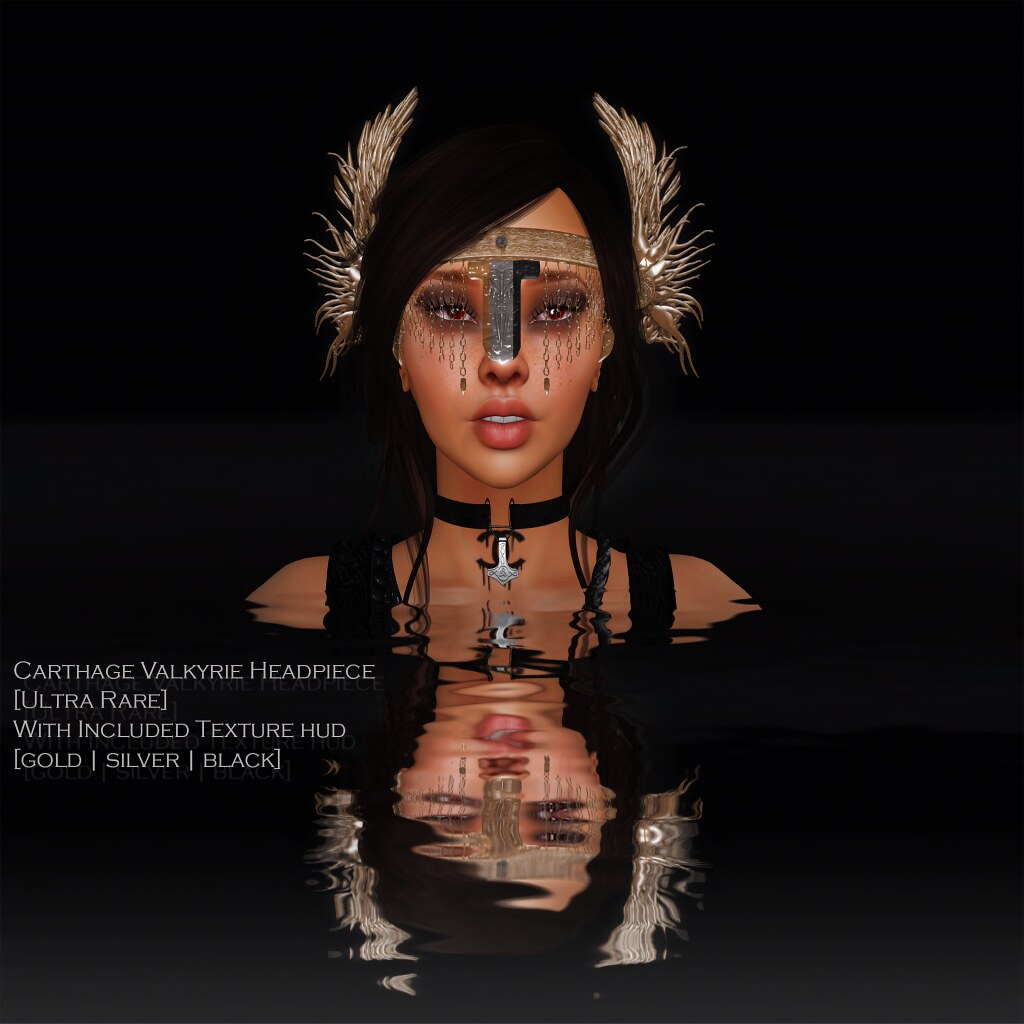 CarthageCuriosities has added a photo to the pool: 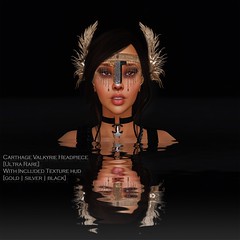 This months latest release @ THE DARKNESS..
1 Ultra Rare Valkyrie headpiece with metal color change hud,
I wanted to take a moment to describe the symbolism behind the piece I created. The wings of course are synonymous with Valkyrie, but the rest has everything to do with the beliefs behind the the lore of the pagans.. the chains to veil the eyes, the eyes which chose who will join Odin in the halls Valhalla.. also note there are 9 of them.. the furthest out is adorned with a bear tooth, one of Odin’s talismans, to give them the strength. The inner piece is to represent the tears of the Valkyrie , their job is not an easy one.. 9 chains to represent the 9 realms of Norse Mythology.. and foremost the symbol of the Valkyrie that adorns the nose armor..