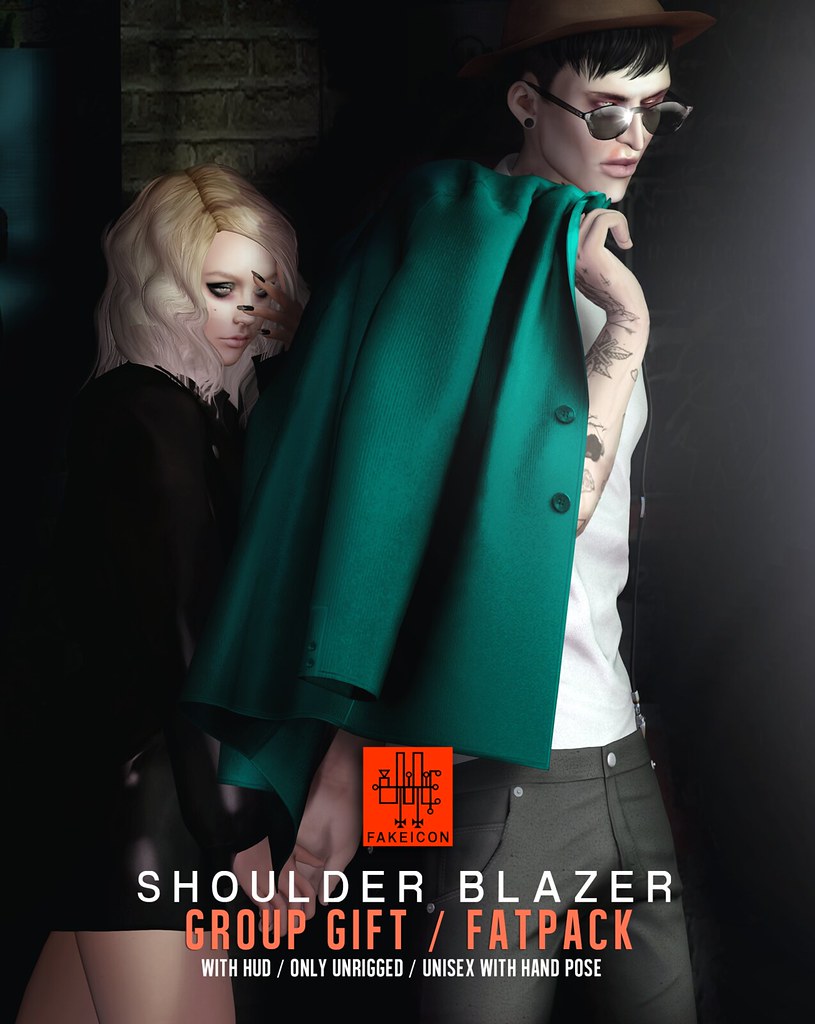 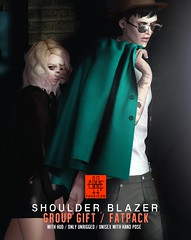 It’s been a while since the last groupgift i made for my store 🙂
Initially i made this blazer only to use it on a photoshoot (see the picture before this) but then i thought why not share it with the people who has been a fan of my brand. So i reworked it a bit and made it better. It’s unrigged, comes for both hands for both genders with bento pose, with a coloring/tinting HUD included. Now it’s available to every member of the FAKEICON inworld group!
The group is 99L$ to join if you aren’t already a member.

Ps. Really thank all of you who has been supporting me and my brand through all these years, you don’t know how much you mean to me.