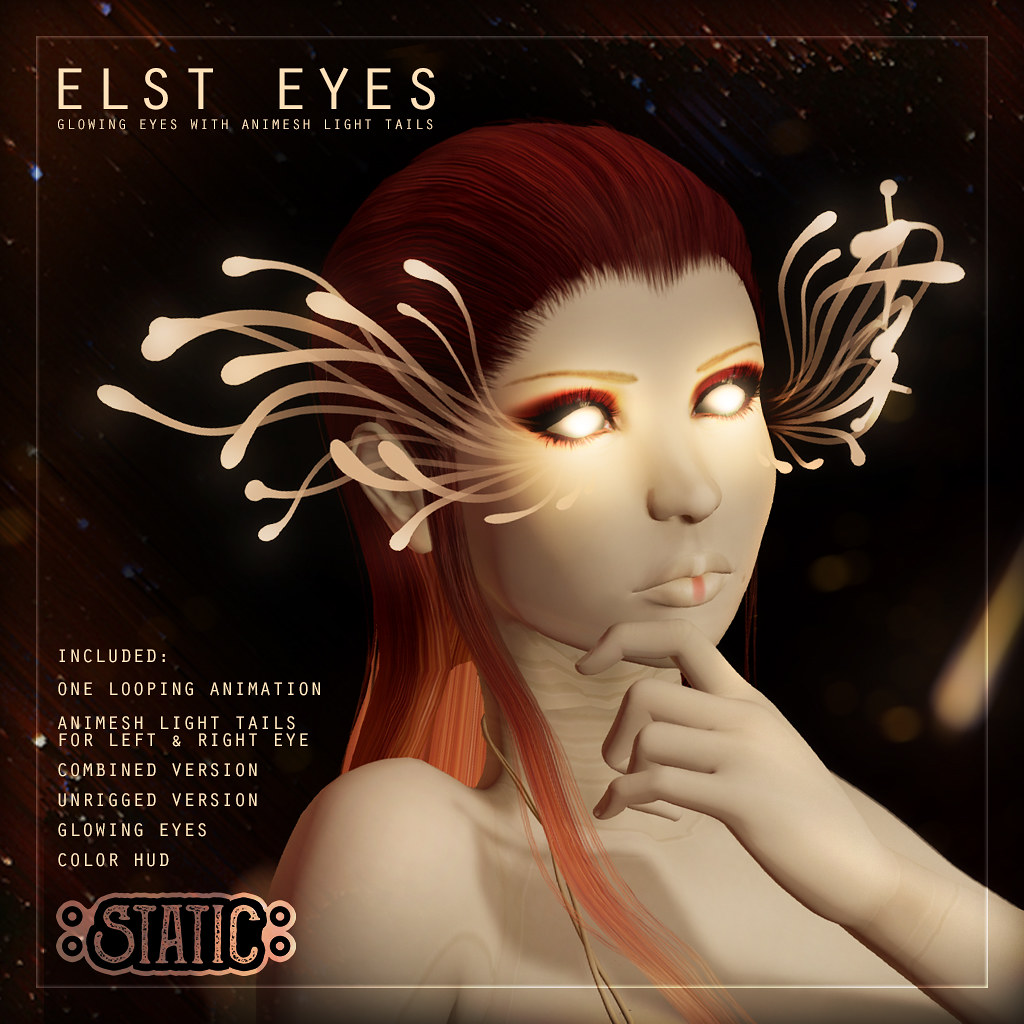 Nama Gearz [ Static ] has added a photo to the pool: 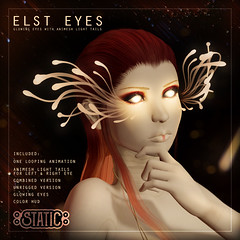 The miniature comet-like light entities trailing from the corners of the eye sway even in the void of space!

The glowing eyes shown here come with the wiggly light tails. The light tails have one looping animation and they are animesh so they can be moved around as you like (but not resized, because animesh can’t be resized. Sorry, I don’t make the rules)

A tinting HUD is also included so the left and right eyes can be tinted independently. The light glow color on the eyes change automatically.

Aside from being awesome on a cosmic space race, it could perfectly compliment avatars from the sea as well~

If you’d like to see the light tail wigglies here’s a little preview!