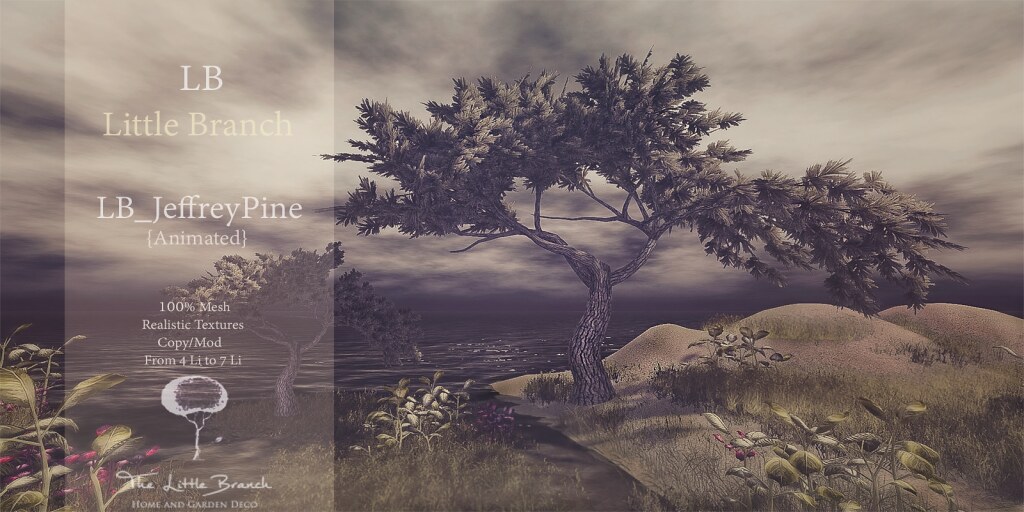 Pinus jeffreyi, also known as Jeffrey pine, Jeffrey’s pine, yellow pine and black pine, is a North American pine tree. It is mainly found in California, but also in the westernmost part of Nevada, southwestern Oregon, and northern Baja California. It is named in honor of its botanist documenter John Jeffrey.

100% mesh with realistic textures and a choice of four seasons via an easy to use touch menu. It has a Land Impact of 4-7 by default but both copy & modify permissions so it can be adapted to suit your landscaping and gardening needs.