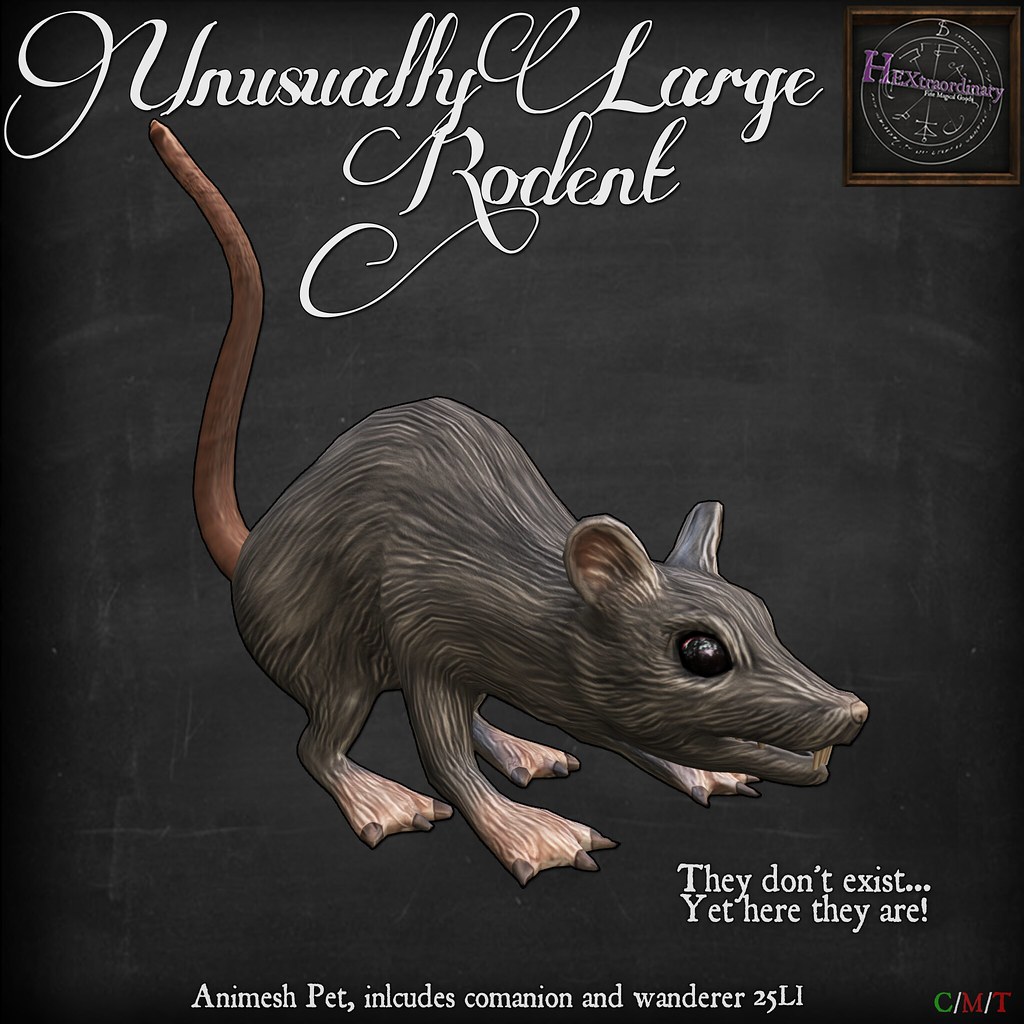 HEXtraordinary! has added a photo to the pool: 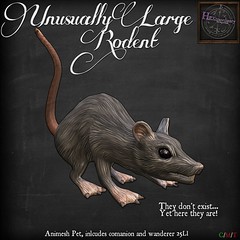 The new Unusually Large Rodent was just released at Enchantment’s Princess Bride round.

The Unusually Large Rodent is an Animesh Pet that can be worn as a companion or rezzed to wander!!! There are hours of fun to be had with this beast of the forest! They don’t exist…. yet here they are!!!!